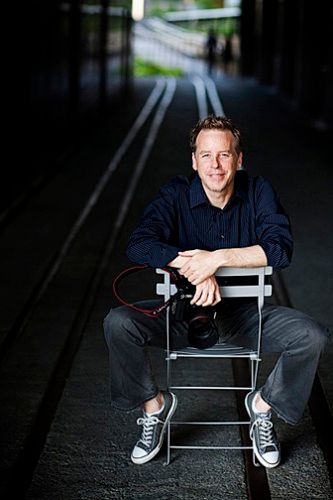 Michael Falco is a freelance photographer who has worked for a number of publications including, the National Geographic, The New York Times, Harper's Bazaar, and W Magazines.

The Museum of Modern Art purchased one of his panoramic images of the Fresh Kills Landfill for its exhibit, “Groundswell: Constructing the Contemporary Landscape” 2005.

In 2011, Falco began the Civil War 150 Pinhole Project photographing the war's famous battlefields and sesquicentennial reenactments with large format pinhole cameras. This ongoing work has been recognized by the Library of Congress and has been inducted into the National Archive on the Sesquicentennial.

Mr. Falco resides in Manhattan with his dog Casey.